If you are aware of a company that has defrauded the federal government, Haas Law can help you report the fraud and potentially earn a large financial reward.

Under the False Claims Act, whistleblowers with knowledge or evidence of a company cheating the federal government out of money can report the fraud and receive a monetary award. Common whistleblower cases involve companies that have cheated the government in contracts and procurement, healthcare billing, and banking and financial service businesses.

Haas Law can help you determine if you have a good whistleblower claim. All you need to do is take just a few minutes to call or email us for a free and completely confidential discussion about your potential claim. 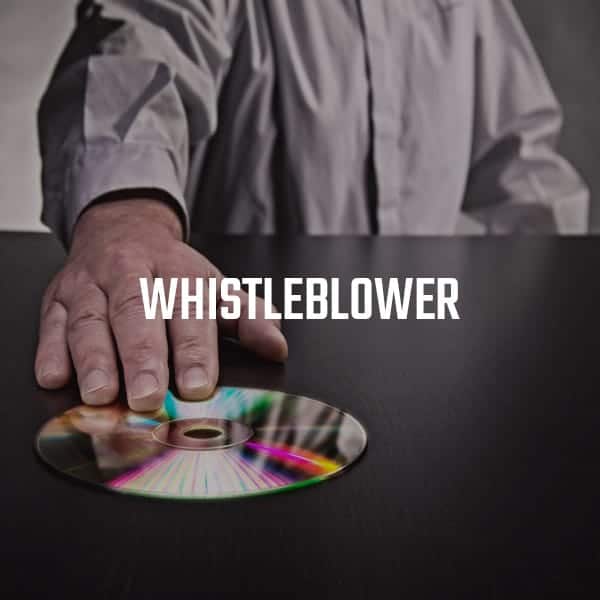 Who Can Be A Whistleblower?

Anyone. If you are someone who is aware of fraud being committed against the federal government, you can bring a whistleblower lawsuit under the False Claims Act to help the government recover the money. With the help of an experienced attorney, a whistleblower can earn a substantial financial reward for bringing a valid claim and assisting the government in recovering the lost funds.

There are a few threshold questions to ask yourself to see if you can be a whistleblower.

1. Is the federal government (not a private company) being defrauded?

2. Did any of the fraud occur within the last six years?

3. Is the total amount of money the federal government lost as a result of this fraud at least $500,000?

4. Is this fraud still unknown to the government?

5. Do you have any documents or data to show that this fraud occurred? Or did you or someone you know witness the fraud in some way?

If you were able to answer “yes” or even “I don’t know” to these simple questions, you can be a successful whistleblower and earn a substantial reward.

Some examples of conduct subject to the FCA are where the government is being defrauded are whether a private company:

If so, the next step is to contact Haas Law to discuss your potential claim in complete confidence. We will give you our opinion about the merits of your claim, advise you of any potential risks or concerns, and help you file a compelling lawsuit that will persuade the government to act on your claim so that you can recover the maximum monetary award allowed under the law.

One of the most critical factors in a whistleblower lawsuit is being “first to file.” This means, if someone else has secretly filed a lawsuit before yours and it covers the same conduct, your award could be substantially reduced. As a result, time is of the essence and a having a sense of urgency is critical.

How Do I File a Whistleblower Lawsuit?

If you choose Haas Law, you will not be asked to pay any costs up front. We will cover all the costs and expenses and only receive a fee if you are later given a monetary award by the government at the end of the case. Our fee will be based on a percentage of your award. If the lawsuit is unsuccessful, then you do not owe us anything for our time or the expenses we incur in helping you pursue the claim.

2. File a whistleblower complaint under seal.
A “qui tam” lawsuit is filed in the appropriate federal district court. The complaint in a qui tam lawsuit is filed “under seal”, meaning that the company committing the fraud will not be alerted to the lawsuit directly and the government will be served with the complaint instead. After the sealed lawsuit is filed, you and your attorney are prohibited from discussing the case with anyone but the government. Any improper communications by you, or even an accidental disclosure of the lawsuit, could harm the government’s investigation and result in the case being dismissed. A dismissal would eliminate your opportunity to be financially compensated.

During the government’s investigation, it will conduct all appropriate interviews and gather and analyze evidence. During this time, the company will not be served a copy of your lawsuit and it will remain under seal.

Be patient. Depending on the complexity of the investigation, it can take anywhere from a few months to a few years for the government to decide whether to accept the case (or “intervene”) in the lawsuit on your behalf.

Haas Law has an important role in this process. Drafting a detailed lawsuit and supporting it with credible evidence is only part of your attorney’s responsibilities. Your attorney should keep close contact with the government attorneys, offering advice and assistance during their investigation. While the government runs the show, a good whistleblower lawyer knows how to stay involved and support an investigation without stepping on anyone’s toes.

When, and if, the government decides to intervene affects the amount of any whistleblower award. As a general rule, the more work you and your attorney do, the more money you will make if the case is successfully resolved.

Whistleblower cases are routinely filled with numerous delays, extensions and extended deadlines. Hopefully, your information, your patience and your attorney’s diligence will pay off. If the case is settled or won at trial, the whistleblower is entitled to a portion of the money the government is able to recover.