In 2017, the FBI estimated that there were 1.6 million people arrested for drug crimes.  Many of those were federal drug cases while some stayed at the local level.  But why were some individuals treated differently than others?  With so many types of drugs and penalties different in each state, how does a controlled substance offense become a federal offense and why do you need a federal drug defense attorney if ever charged with a federal drug crime? 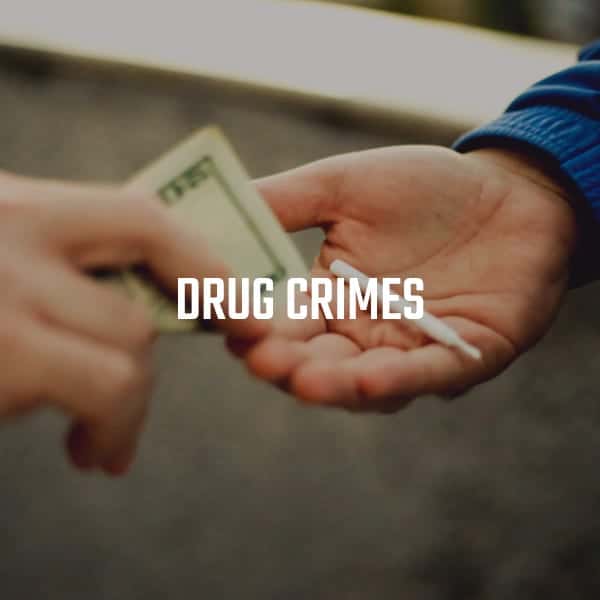 When Do You Need a Federal Drug Attorney?

Laws that govern controlled substances exist at both the state level and the federal level. In some instances, a defendant could be in violation of both a state and federal law. State laws refer to cases that are within the state’s limited geographical area. Federal charges apply to activities that cross state lines, occur on federal lands, or involve trafficking significant quantities of controlled substances. Since there are laws in both jurisdictions, anyone arrested for any drug offense has the possibility of being charged with a federal crime.

When a Drug Crime Becomes a Federal Charge, You Need A Federal Drug Defense Attorney

Federal drug charges will usually result when the offense is deemed more severe or if the offender has a lengthy criminal history. Simple possession of a small amount of drugs may be kept at the state level while offenses such as drug trafficking larger quantities, manufacturing, or intent to distribute are more likely to be charged as a federal drug case. Where the participants have an extensive criminal network and with significant profits, federal charges are more likely. Enterprises investigated or dismantled by a federal wiretap will also prosecuted in federal court.

Informant Cooperated Against You in Exchange Leniency: If an informant cooperated against you and that informant was charged at the federal level, the charges against you will likely be federal charges as well. Federal informants often receive leniency when they are willing to inform and cooperate against others. Oftentimes, federal authorities “work up the food chain” and those newly arrested are given an opportunity to cooperate against others.

Prosecutorial Discretion: State and federal law enforcement often cooperate with each other for drug arrests. Likewise, state and federal prosecutors often coordinate the prosecutions of drug offenses by deciding who should be charged in federal court. This happens because the penalties and forfeiture are more severe if the case is prosecuted by federal authorities. As a result, a state case can be “adopted” by federal authorities and a new case is filed in federal court.

State offenses for first-time offenders are generally determined to be less serious and carry much lighter penalties than federal drug crimes. Because there are a variety of federal mandates that impose mandatory minimum prison sentences, someone convicted of a federal drug crime may face significant time in the Bureau of Prisons. With two or more qualifying prior convictions for serious drug offenses or crimes of violence, a federal defendant may qualify for career offender sanctions and face enhanced sanctions.

Additionally, federal courts limit appeals if a defendant signs a plea agreement. Parole has been eliminated in the federal system. While federal sentencing laws allow for probation or home confinement, participation is practically non-existent. Due to these factors, federal drug crime charges are generally punished with lengthy prison sentences more severe than similar state charges.

Defending federal drug charges often requires a multi-tiered strategy.  At Haas Law, we challenge unlawful searches and seizures through suppression motions, faulty crime lab analysis, lost or tampered with evidence, flawed testimony, paid informants, drugs that were planted, drugs that belonged to someone else, entrapment, or willful blindness that the person was involved in a drug crime.  At the initial outset, a federal drug charge may seem hopeless; however, a knowledgeable and skilled federal criminal defense attorney can develop a legitimate defense against what may seem the most hopeless of cases.

The primary goal of Haas Law is to produce the best outcome possible for our clients: whether it means dismissal of charges, acquittal at trial, verdict of a lesser offense, or the lowest sentence possible under the Federal Sentencing Guidelines should a guilty verdict be rendered.

In federal court, a defendant’s danger to the community or their risk of flight if released are primary factors judges examine when considering release.  Bond hearings in federal court are much different than those in state court.  Obviously, no one wants to spend a day in jail. Our representation in a federal criminal drug case begins with an immediate effort to get our clients released on bail. This is a priority for both our clients and the lawyers working on the case because access to clients and their ability to assist in their own defense is much better when a defendant is released on bail.

The majority of federal drug offenders plead guilty to a reduced charge or to lower recommended sentence than would result from a trial. We do not, however, undertake a plea strategy unless our client wants to. If the government offers you a plea deal, we are ethically bound to tell you about it along with all the legal ramifications and sentencing consequences. Your attorney cannot and should not force you to plead guilty.  That decision is entirely yours. Our job is to advise our clients. Our job is not pressuring our clients to plead guilty and we will not allow a client to plead guilty if they are not guilty of the alleged federal drug offense(s).